Free shipping on all orders in the USA direct from Honolulu, Hawaii

The word “Pili” means to be joined or connected. Pili is an important value found time and time again throughout our Pacific cultures, not just between people but between nature and our relationship with our surrounding environment. As testament to the interconnectedness of peoples of the pacific, Pili has very similar meanings in many languages across Oceania. As people voyaged across the Pacific and inhabited new islands they took their language with them. This is why we see our island communities connected in language and culture even though they may appear separated by thousands of miles of ocean.

There are three inherent elements of Pili, or being connected to others; responsibility, respect, and reciprocity - we are responsible for our behavior and for our neighbors. We share, in reciprocity, our benefits and respect others and our surroundings always. These basic elements of the culture here in Hawaii and the Pacific make us distinct. They make us who we are. In difficult times this kind of behavior helps us stand apart and navigate our way forward. This culture of aloha, of PILI, has sustained us, not just as a company but as a people, a culture, and a lāhui. May we always remember our connections, our community, and keep this light, our PILI, alive. It is this connection throughout the Pacific of deep-rooted traditions in culture, values, family, and lifestyle that embody the unique designs of Pili Pacific. 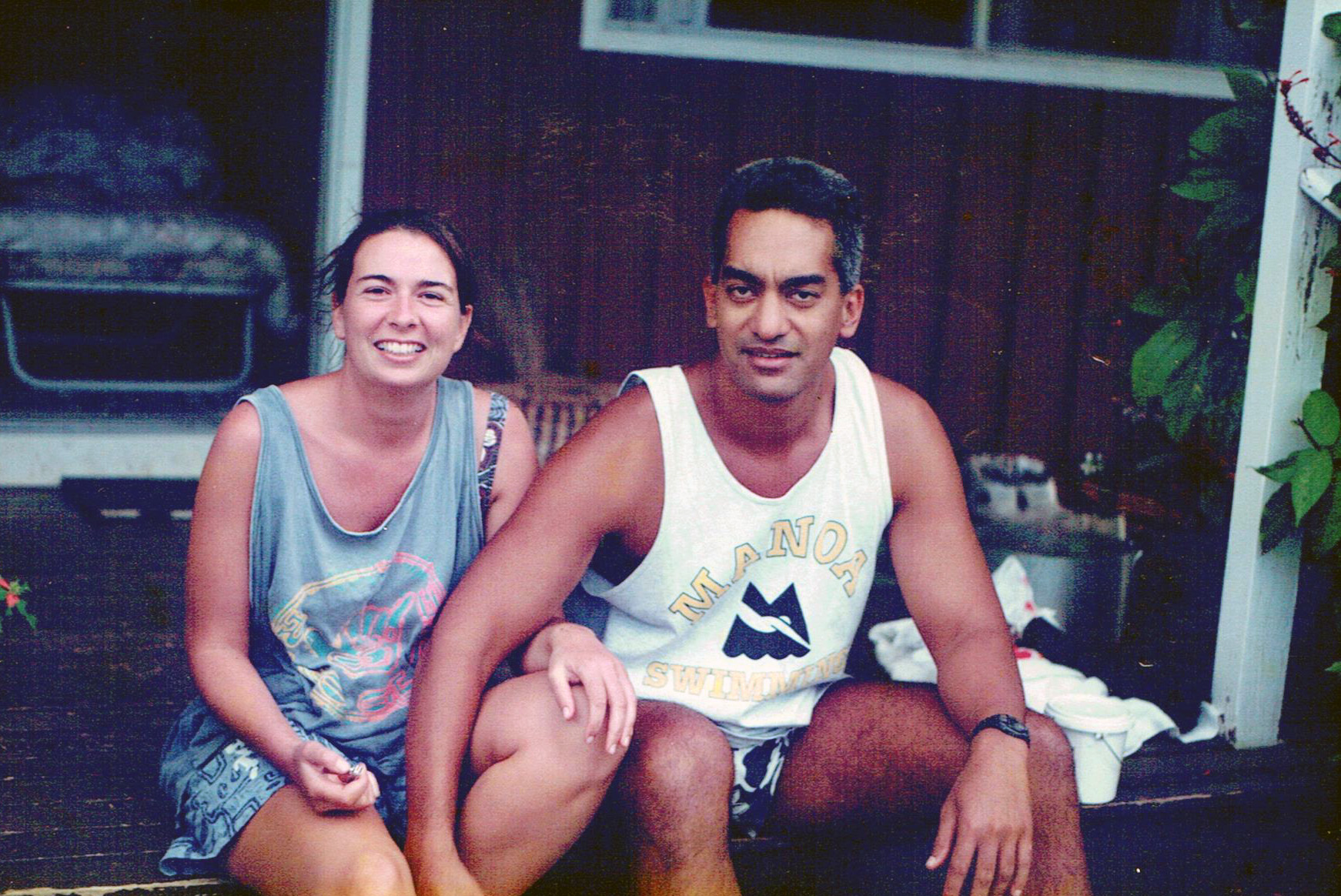 Herman Pi’ikea Clark and Sue Pearson began designing and printing textiles out of a small artist workshop on Norfolk Island in 1996, two years later they were married in the backyard of Hermanʻs great grandmother’s home at Lae o ka O’io, Ka’a’awa, Oʻahu. Instead of wedding rings, they decided to exchange special objects from their respective cultures that they would hand make for one another. On their wedding day, Sue gifted Herman a beautiful woven papale which she made in the traditional Norfolk Island style. Knowing her strong interest in kapa making, Herman made Sue a set of tools for Hawaiian kapa making: a kua la’au/wooden kapa pounding anvil, with two ‘ie kuku pounders and a shark tooth knife.

Brought together by a desire to explore their heritage through art, they combined these traditional Pacific printing techniques with contemporary materials and tools and Pili Pacific was born. Over twenty years later to today, Sue continues to use these same tools to produce lengths of kapa cloth which she incorporates into her designs for Pili Pacific.

Today, their studio is in Whakatane, Aotearoa “New Zealand” and their storefront in Honolulu, HI. Sue and Herman raised both of their children in Aotearoa and their son John, named after Hermans brother, CEO of Pili Pacific, now swims for the University of Hawaii at Mānoa on the island of Oʻahu. 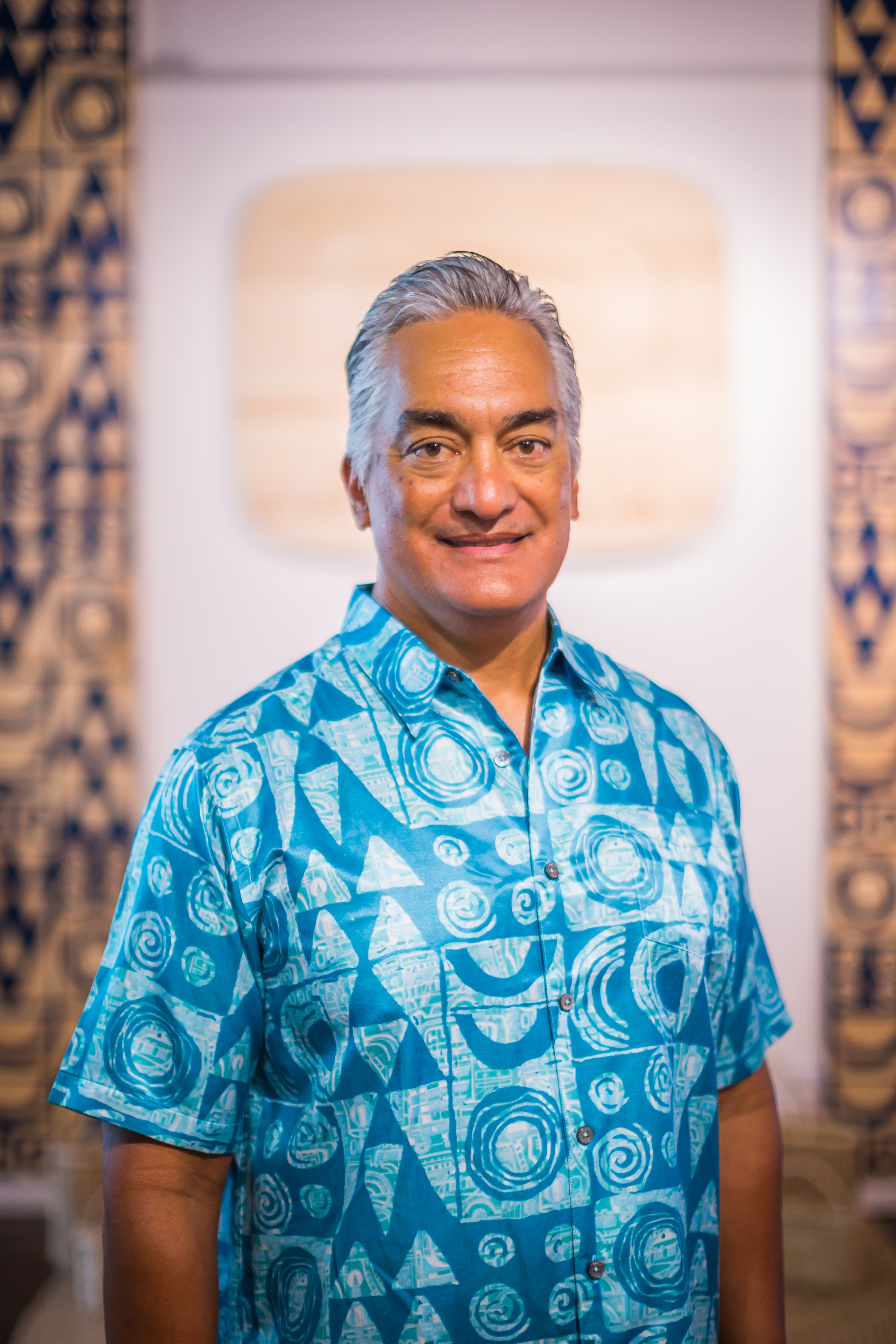 Herman Pi‘ikea Clark is a Native Hawaiian artist with deep ancestral roots across Hawaii. Born and raised in Honolulu, he graduated from Punahou School and completed a Master of Fine Arts in Pacific Design from the University of Hawaii, as well as a Doctorate of Indigenous Education and Art from Massey University in New Zealand.

Over the past 25 years, he has gained international recognition as an artist, designer and professor of indigenous art and education. Based in Whakatane, New Zealand, Herman’s artworks and design commissions can be found in both private and public collections in Hawaii, the U.S. mainland and the Pacific region.

Herman has long been inspired by his ancestral heritage as a kanaka maoli (Native Hawaiian) and its wide connections with peoples and cultures across the Pacific. Through his visual design work, he explores the intersection of heritage, culture and art to share his experience with others. 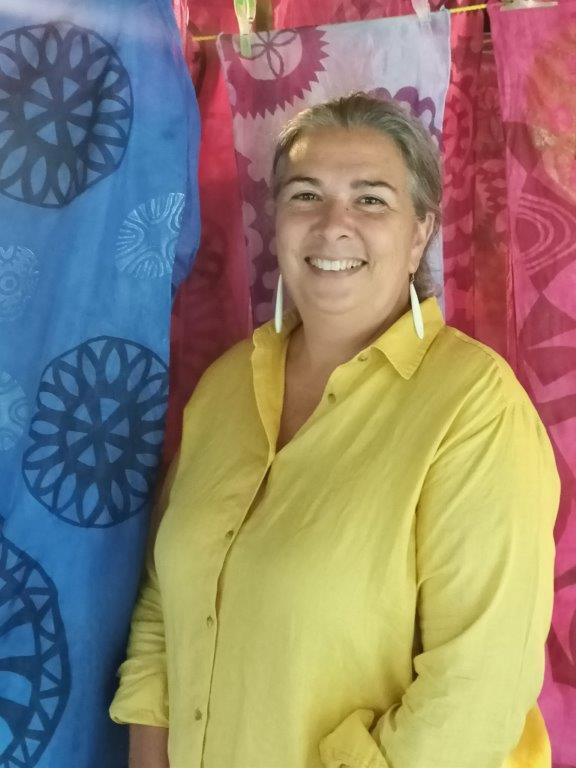 Sue Pearson is a native Norfolk Islander and as such a descendant of the mutineers of the HMS Bounty and the Tahitian women who settled Pitcairn Island in the 1700s. Norfolk Island is a small island located between New Zealand and New Caledonia South Pacific.

Sue grew up surrounded by Norfolk/Pitcairn culture, a unique blend of old British and Tahitian language, customs and traditions. She developed a love of drawing and painting at a young age and went on to study visual arts/printmaking at the University of Newcastle in Australia. She developed a successful career as a professional artist, exhibiting internationally and with artworks housed in private and government collections in the Pacific, Europe and the U.S.

Deeply inspired by the stories of her Tahitian foremothers from the Bounty, Sue’s artworks honor her ancestor’s endurance, resilience and creative spirit as tapa makers and main masts of the community. Her designs tell stories of Pacific connections and celebrate the cultural and natural heritage of her island home. 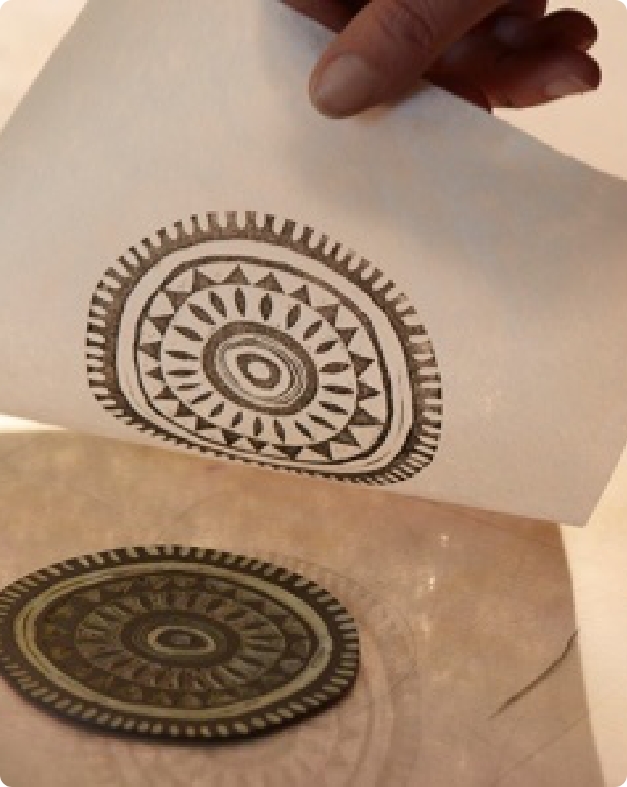 Our limited-edition collections are crafted by artisans with exquisite attention to detail, from French seams to mother of pearl buttons engraved with the Pili name. Made with high-quality linen and silk blends, every item is designed as an enduring work of art.

Whether because of climate instability, diminished access to natural resources or social upheaval and conflict, Pacific people have repeatedly faced challenges across time and throughout history. They have time and time again demonstrated resilience and the capacity to adapt, innovate and thrive in the face of change and uncertainty. In meeting the challenge of COVID-19, our team is drawing upon this Pacific character, working hard to improve our design, our products and customer service while considering ways to innovate our business for survival into the future.